July 24, 2013
As you saw yesterday, I am redoing Hotrod's room.  It is long overdue, that is for sure.  When he left for his trip, I was shocked at the work we had to do in his room.  Since I had asked him to clean it, which he did do a few days before; however while, he was packing for his trip, it was right back to where it began before he cleaned it.

I'll let the pictures do the talking. 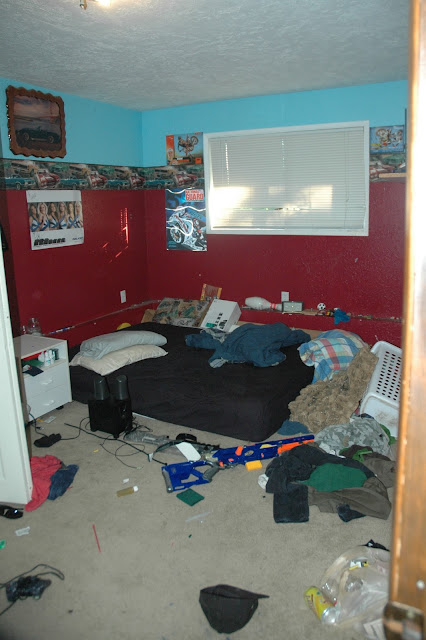 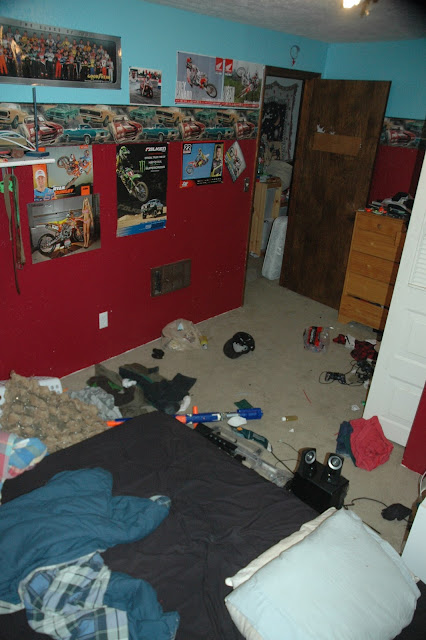 I had a long road ahead, that's for sure, and only 4 days to get it done!!  Typical teen boy room...or so I'm told...I just think my teen happens to be highly allergic to a garbage can.

I knew that I wanted a paint that had a primer built into it.  Also, Hotrod and I had previously discussed colors for his room should I ever redo it.  Which was grey.  So I went to my local Home Depot, at 7 o'clock on a Monday night of course (perfect time to start a major project, right?), and bought the Behr Premium Plus Ultra and had it color matched to the Dutch Boy Route 66.  I have to say, this rolled on quite nicely and covered a lot in just the first coat.  I did do two coats.

Now, because of a few things...

....don't be shocked at the pictures you are about to see.

I didn't completely empty his room as I probably should have.   Moving around things and cleaning as I go...totally my gig.  But not necessarily recommended for all.
I had help from my cousin, Rachel, who was so sweet in painting with me till the wee hours of the morning.   We spackled holes (from previous shelves) and put our first coat of gray paint on the walls. 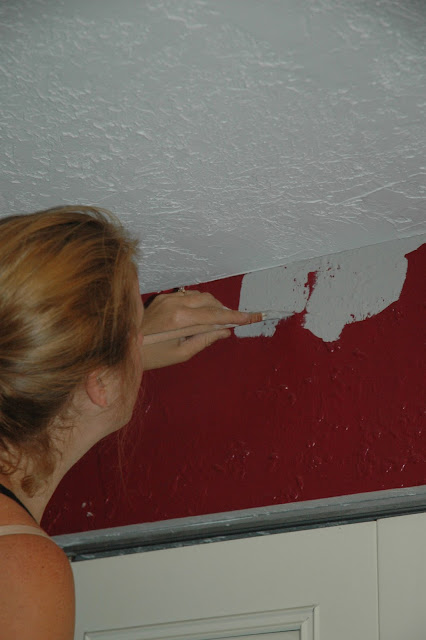 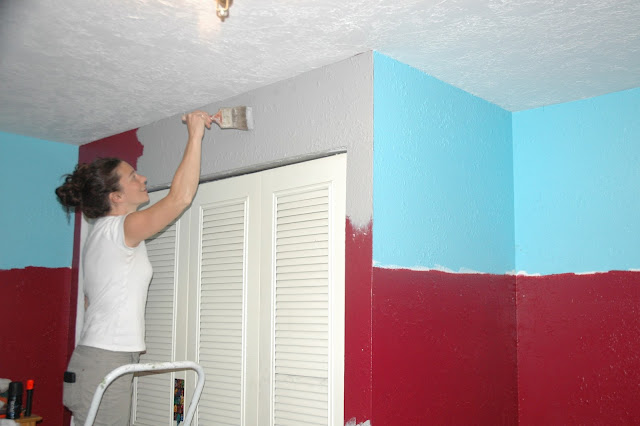 I let the paint dry for a full day and a half.  In fact, I did nothing but clean on Tuesday.  On Wednesday, I added the second coat of paint.
After two coats of paint I was able to start the striping on one of the walls.  The Mister and I were trying to decided which wall to do.  I wanted to change the layout of his room slightly.  He has an odd shaped room and unfortunately it doesn't leave much for furniture arrangement.  So, I chose to stripe the wall that his bed was going to be on.

I actually used a paint stir stick as my measuring tool.  I find it much easier to use a solid piece of scrap wood, paint stick, whatever you have handy that is going to be consistent every time.

The trick is to remember that one row, as you tape off, is going to be in the negative.  Meaning, that part of your painted lines will be UNDER your tape.  So you will actually need to measure from the far OUTSIDE line of your tape.  Then the next stripe will be the inside of the tape....I sure hope I am making sense.

So if my ruler was 12 inches.
My tape was 1 inch thick for each side.
Then I would have one row be 12 inches, exposed and the next row would be 10 inches exposed.
Not gonna lie, it hurt my brain to do this math...and I work with math and numbers all day long at work.
There was untaping and remeasuring and retaping and a lot of frustration...but it was WORTH IT!! 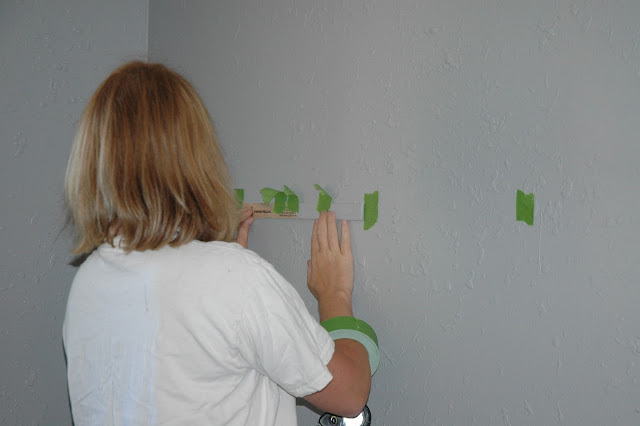 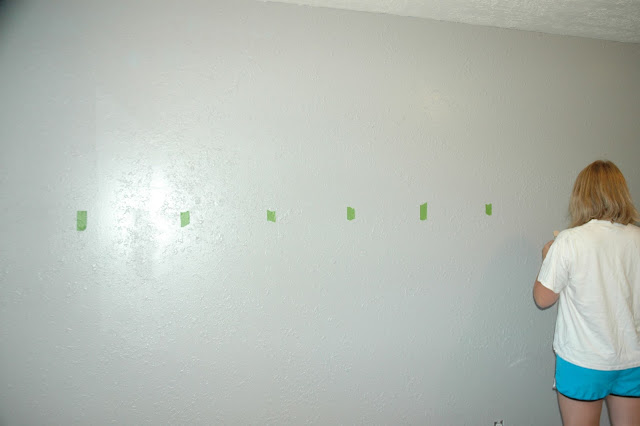 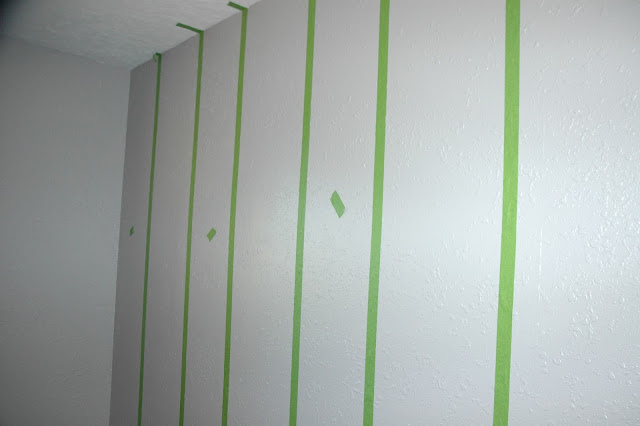 I also put a strip of tape in the sections that I WAS NOT going to paint.  Last thing I needed was to get confused on my A-B pattern and paint the wrong section.

Okay, so when you step back and look at the wall, it WILL appear that one section is wider than the other.  That's because it is, because of the tape and what you are not painting vs what you are painting.

I used the exact same color of paint, Behr Premium Plus paint, only it was the Hi-Gloss finish.  I was able to get away with just a quart of paint since I was only covering the one wall.

Also, I prefer to use Frog Tape, but that is just my personal preference.  Hotrod's walls were really textured, so the tape stuck really well to the walls and gave me crisp, clean lines. 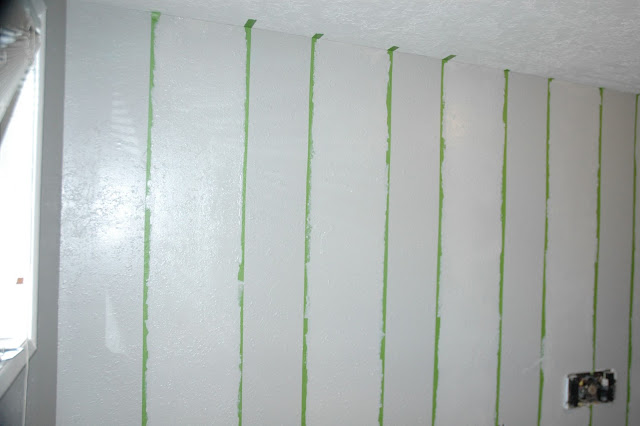 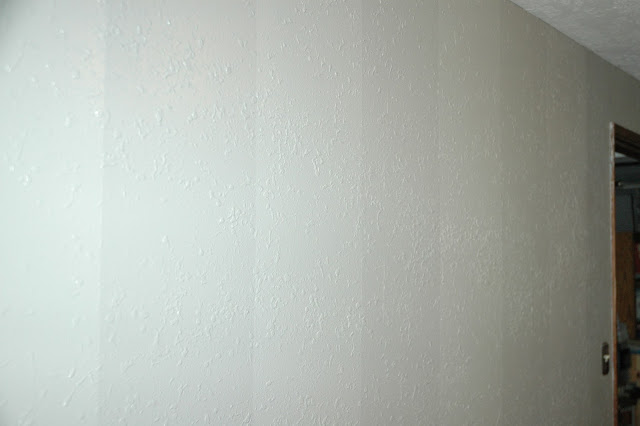 It is so subtle, but yet dramatic enough for a teen boy.  I really love the look.  And he does too!  That's like winning 100 mom points and the lottery!

Stay tuned....the furniture will be moving in soon.


Have you done any fun wall treatments lately?  What were they?
ghost stripes gray striped walls hotrod paint treatment

I LOVE, love, love your comments! (I read every single one.)

If you have a specific question, make sure I can answer you back by adding your email to your google/blog account!

THANKS so much for reading!

Popular posts from this blog 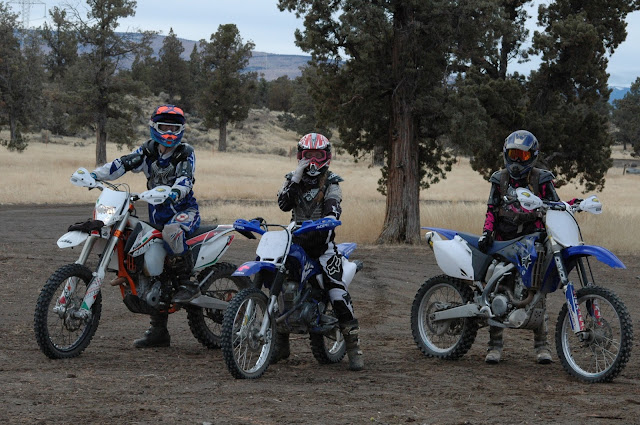 I know it's, only been nearly a month, since our camping trip but I still have to tell you all about it, because it was wonderful!!

It's so hard coordinating weekends and family fun-days when you have 2 kids working.   Luckily those two kids, actually work for the same company.   They were both able to get the weekend off and we were finally able to go CAMPING and DIRT BIKE RIDING!!!
You guys, this is something we haven't done in, what feels like, forever.  Two years to be exact.
So we left Friday morning (kids didn't have school on Friday) and we headed over to our favorite part of Oregon.  East.  When we got there, we were shocked.  There was nobody there.  It was like that all weekend.  I couldn't have been more thrilled.  It was exactly what we needed as a family.  Just us.  Alone.  Laughing.  Playing.  Goofing.  Loving each other the way we know how, as a family.

Tension has been so high at our house lately.  Please tell me other families ge…
Read more 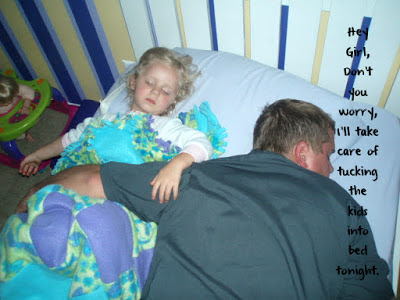 We've all seen the Ryan Gosling "Hey Girl" memes that are all over Pinterest.  Well, these Five Fabulous bloggers are hosting a "Hey Girl" link party;  View Along The Way, Decor and the Dog, Bliss Ranch, Two Twenty One and Domesic Imperfection.  This is a fun way to show some Valentine's Love for my main man.  Anyone, who knows The Mister and I, knows that we are in such love that we are inseparable.  I thought this would be easy, you know, since I've been with The Mister, for-ever.   But it was a little harder than I thought.  Trying to find the perfect picture to go with the perfect "Hey Girl" was a little tricky, too.  However, once I got into my groove, I could have done a gazillion more of these. How do you not fall in love, even more, with a man that falls asleep with their babies? Cheers baby!  You love me and you know it! I love this man with all my heart, he knows it.  We were just a couple of young teens with nothing but hopes and …
Read more 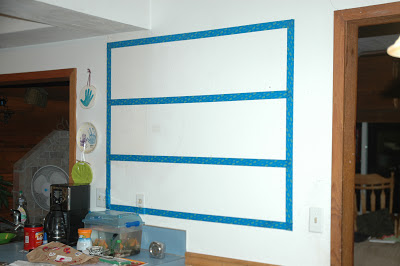 I have had this vision in my head for a  r e a l l y  long time.  The problem was finding the right spot in my house to put this vision.  We needed it to be a place where everyone could see it.   I thought about doing it in our hallway.  But the hallway is narrow.  And dark.  And currently getting ready to redo it, to make it brighter, and this would have gotten in the way of everything.  Then I thought about this open spot by our front door.  Nope.   I am going to redo the entry way as well and I have that whole wall planned out.  So, there it sat.  My idea.  In my head.  With no place to put it. And then it happened...this weekend.  When The Mister was leaving to go out of town with a couple of the kids and go dirt bike riding.  The light bulb went off.   I honestly, don't think he made it to the freeway before I was calling him and rambling my idea off in hyper speed a mile a minute.  I have to say, I'm a lucky girl.  When I get something in my head and I get a moment to exe…
Read more

Mix of 6
Hello!! Welcome!!! This is a place where we will be sharing the latest on our family, our home projects, decorating, crafting, camping, boating, and everything else that is placed into our little mix of what we call LIFE.